My Introduction to Poi

In 2008 I was on a 10,000 mile road-trip from Portland, Oregon around the whole of Mexico. While in Colima, our host took us out to a restaurant that had a back patio that looked out into a dense and dark jungle. Just in front of the foliage was a stage, my life was inspired by a flow artist and fire spinner for the first time. I particularly remember a young man spinning a staff with fire on either end. As he performed I thought, “Wow, this guy must have had to go to some special school to do this!”

Little did I realize that less than a decade later I would fire spin professionally. I would teach it to others in my home city, and be preparing to traveling around the world with a trunk full of fire props, fuel and costumes to document the whole process for a living.

In 2011, I received my first lesson in poi in Auckland, New Zealand. Which is interesting because that is where the prop originated from (as a native Maori weapon), and I was taught synchronistically by a Mexican man! It’s truly magical how the universe comes into alignment like that!

By 2014 my fate was sealed. At a friend’s birthday party in Cave Junction, Oregon, someone had a suggestion in the midst of the wonderful gathering. “Hey, do you guys want to fire spin?”. People began to pull out baskets filled with props and cans of fuel, then proceeded to the back yard where a bonfire and acoustic music awaited. They spun, and I watched, enthralled to see this activity at home. I was sold. I started to practice and a few months later burned for the first time.

Since there was little to no organized scene of professional flow arts in Southern Oregon, I decided to bring the flow arts community together. By 2015 I was performing as a professional poi flow artist at festivals, private parties, photo shoots and even a parade! Now I happily exemplify the proper protocol of how to fire spin, the proper use poi, rope dart and more. It is such a pleasure to grow myself and this wonderful community.

Here’s to much more magic and flow! To captivating the hearts and minds of many, just as happened to me 12 years ago in Mexico.

Inspired to begin or further your flow arts journey? Check out our Shop! 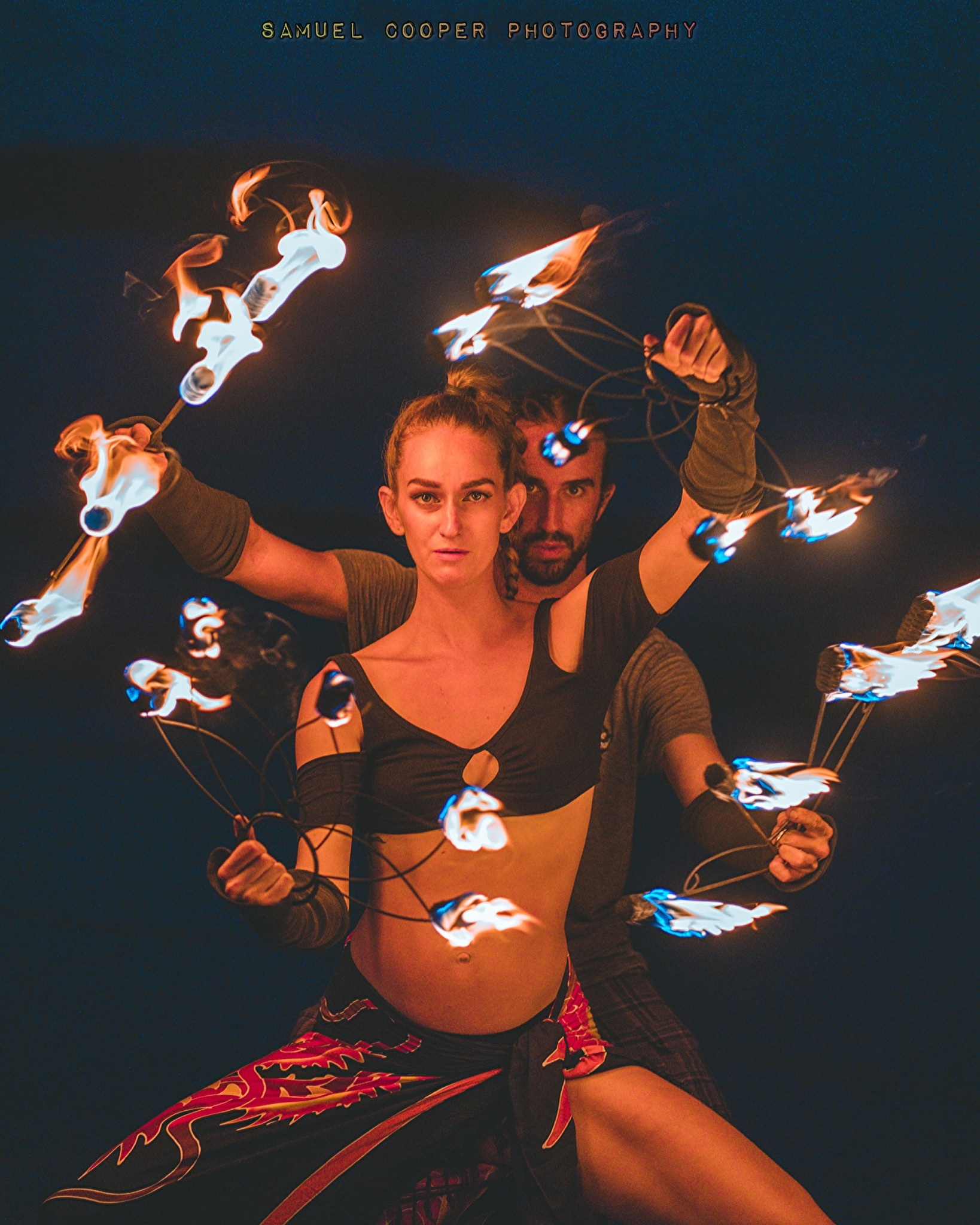